How High We Go in the Dark Sequoia Nagamatsu: Book Review 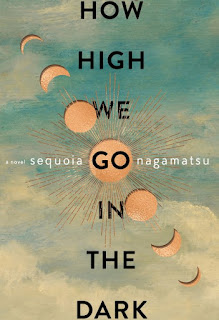 This was recommended to as literary sci-fi which also involves grief over a grown daughter's death. Indeed, the writing is pretty good. But the first POV seemed quite distant, and not too believable to me in how disconnected from his daughter's death the father seems, as well as angry at her for behaving exactly as he (apparently) had. Maybe that is realistic but it isn't fun to read.

But the second POV, about an amusement park where parents put their terminally-ill children on a rollercoaster to die, was too hard for me to believa. I can imagine wanting to save your child from suffering, but not being with them at the time is unthinkable. And roller coasters are scary: I don't thinksmall children would enjoy them that much, especially when they know they are really going to die.