The fact that two humans can create another human is mind-blowing.  For the past ten years, my life has revolved around the astounding appearances of babies, no less miraculous with an understanding of the science of reproduction. As I’ve marveled over these beings that seemingly came from nowhere, I have neglected to dwell on the counter-point of birth.  A person can be alive and then suddenly gone. Existence can cease, and does.

I attended a memorial last weekend for a friend who disappeared from existence in a moment. A friend who lived life to the fullest in a way far beyond the cliché. I hadn’t told him how much I admired him, or how much I cared for him, or how much I appreciated the little things he’s done for me over our long acquaintance. I know I will be haunted by memories of times I wasn’t as kind to him as I could have been, as I am already by other ‘wish I could do over’ memories with other deceased friends. Like Greg Brown wrote of his mistakes in his song The Poet Game, “like birds they fly around / and darken half my skies.”

I’ve been fortunate in many ways, and one of them is that the deaths I’ve experienced so far have been one or more steps removed from my closest circle of friends and immediate family. This is not the case for many, even some in my circles: those who were closer to the mutual friends we’ve lost, those who’ve lost their parents way too young, or whose babies’ lives were way too short.  I attempt to care for them, always knowing it is just by chance that I’m not in their position yet. But I could be. In most cases, I will be.  If I’m fortunate to live long, it will happen again and again and again. The longer we live, the more death we will see.

People came from around the world for my friend’s memorial and it was easy to feel guilty for appreciating the chance to see each other. It feels tragic that we didn’t find some reason to gather when he was alive to appreciate it. A friend of mine just lost someone more slowly, and they had parties for him every weekend that they could, up until his death. They used the opportunity to show him their love and I think that was brilliant.  It’s harder when we don’t know our time is limited, but then—that’s the point. It is something we’re told (over and over) and only recognize (again and again) when it’s too late. We are only together, in this life, for a blink of time: perhaps a long blink, perhaps brief.  It sounds trite, but showing people that we love them, making kindness and attention our priorities, is the only weapon I can think to wield against the inevitability of death. 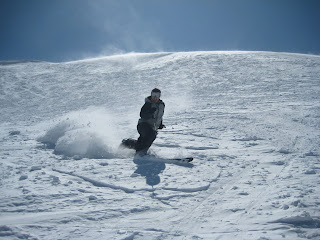