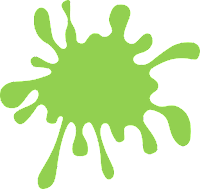 For the first three years of working on my novel, I was never sure what to include in a scene. Usually they had some sort of a goal: to get the characters from point A to point B, to illustrate the nature of a character or a relationship, to introduce a piece of information. However much I worked on making the writing beautiful, the result was often a shapeless blob: characters wandering around aimlessly, having conversations that did nothing to advance the plot, doing nothing to raise questions in the readers’ mind. It was not uncommon for my critique partners to mark multiple pages with the question “What’s the point?” 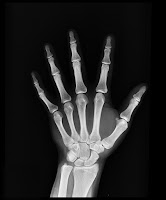 Often, I knew the point, but it clearly wasn’t intriguing enough to captivate a reader. Then I heard about Dwight Swain’s scene-sequel cycle at a class about emotion by Angie Hodap in the 2017 RMFW Colorado Gold conference. I researched the technique after the conference and it has revolutionized my writing.

Now when I write a scene, I still have my old goals, but I have a skeleton to shape the scene around. When I analyzed my first draft with this technique, I found that I had used a lot of the elements, because they really are the foundation upon which a scene is formed. But without the explicit use of the cycle, often something was missing or out of order.

The Scene-Sequel Cycle
The cycle consists of six elements (Swain’s terms are in parentheses when they are different from what I use):
1. Goal
The character wants something. Not the global desire for the story but something in this scene. Ideally it is in line with her character arc and the story goal.
2. Obstacle (Conflict)
Something stands in the way of the character getting what she wants.
3. Consequence (Disaster)
When she attempts to achieve her goal and runs into the obstacle, something happens. Swain calls this Disaster because a story gets boring if the protagonist always wins. However, sometimes she does need to succeed- but there needs to be a consequence no matter what.
4. Reaction
The character reacts to the consequence or disaster. This is where emotion comes in.
5. Dilemma
Based off of the new reality, the character has a dilemma. It creates the most tension when neither of the options are good. Jim Butcher breaks this element down helpfully into Reason + Anticipation (of the consequences).
6.  Decision
She chooses one of the options. Ideally, her choice is in line with her character arc again, showing where she started at the beginning, how she might be trying to change (unsuccessfully) through the middle, and how she achieves a change at the end.
This is the Goal for the next cycle.

Used well, the technique advances the plot with each scene, so that it isn’t a repetition of a cycle but shaped more like a screw, drawing the reader forward through the story with each turn of a scene.


Swain separates the elements into Scene (Goal/ Conflict/ Disaster) and Sequel (Reaction/ Dilemma/ Decision), which gives the cycle its name. I find it more intuitive to sometimes include all six (sometimes more than once) in what is classically referred to as a single scene.

Examples
As I was watching Rogue One, a cycle jumped out on me. (I will spoil one scene here, but not the rest.) In the second half of the movie, Rogue One is approaching a planet with an energy shield.
1.  Goal: to get through the only gate in the shield
2.  Obstacle: although their ship has an access code, it might not be current or accepted.
3.  Consequence: Their ship makes it through without a problem. This is an example of how a consequence is not always a disaster. Although it creates a tense moment, it could be interpreted as null or missing, but the real consequence of this conflict is that the Rogue One fighters were so focused getting through the gate that none of them thought ahead to what they were going to do after they made it through the shield.
4.  Reaction: elation at getting through… followed by concern about what next
5.  Dilemma: How are they going to achieve their overall goal on the planet, and finally get off of it?
6.  Decision: take it one step at a time. Keep going until they can’t any longer.

As part of the Whole
One of the key things that I’ve learned is that these elements need to tie the scene to the rest of the story in order to make the scene worthwhile. In practice, this means that either the Consequence or the Decision have to impact the overall plot.

In the scene I’m working on in my novel, my protagonist wants to go up the last mountain pass before her destination (Goal) but a rushing stream is in her path (Obstacle). When she gets knocked over in the water, the dried food in her backpack gets wet and starts to rot (Consequence). This changes the rest of the story, because she can no longer search for her destination when she must forage for food.

In the Rogue One example above, the strategy that results from the Decision has ramifications for the ending of the movie (which I won’t detail in case you, like me, don’t get out to see movies right away!) The Obstacle—the gate in the energy shield—is also important for the later plot.

Tying each scene into the whole has been the most difficult part for me. Luckily, my critique partner Heidi Rose Kay gave me the key question to ask myself: What would change in the overall story if you took this scene out?  If the answer is nothing, then either the scene needs to go, or the consequences and decisions must continue into the larger story.

Onward
It is a formula, but using this structure, it is possible to build an infinite number of different scenes. 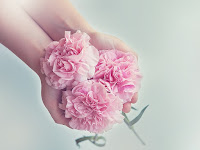 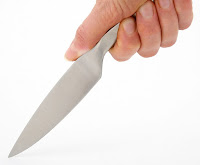