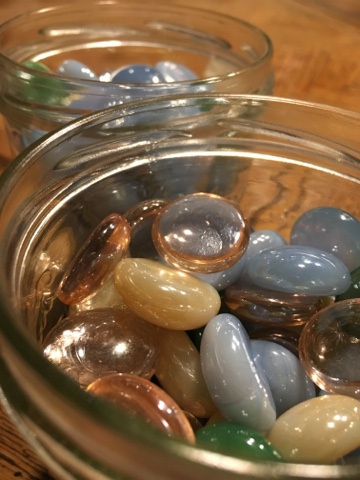 Well said. A day it makes me wish we hadn't started our allowed hour of screen time. How quickly it becomes the expectation!I agree about rewards or punishments needing to be small parts. When a punishment is too harsh, I don't give it for the small problems...and they continue until I blow up. But if a consequence is small but will add up, it serves as a type of warning and I can give it for something as small as a rude attitude.

This Grandma has seen it in action, and it truly works! I'm so proud of you and Kara (and your husbands) for raising such well behaved children. I know it isn't easy!