I just dropped my kids off at my parents house for an overnight. It is great timing--we had planned to go to my husband's co-worker's  fiftieth birthday party but I'm suffering from a cold and so am going to stay home. The prospect of an evening reading in bed is glorious.

However, before getting home to the comforts of my bed, I had to navigate the who-sleeps-where fight the kids immediately fell into when we arrived at my parents.  There are four beds in their partially finished bedroom, which should easily accommodate three kids but, of course, they all wanted the same one. I was feeling poorly enough that I conducted the interaction mostly from a supine  position on my parents' living room floor. It would have been so nice to escape, but that would have meant my parents had to deal with the fall-out. And, probably, the youngest would have gotten her way simply because she was the most insistent on getting the favorite bed and my parents would have felt bad making her feel bad.

I'm appreciative enough of my parents' babysitting that I don't want them to have to deal with any more negativity than is necessary. And I know the little one's bad attitude about not getting what she wants is a sign that she gets what she wants too much of the time. So it was up to me, no matter how sick I felt, no matter how much I just wanted to leave, to make the decision (random drawing, which the littlest lost) and deal with the consequences. 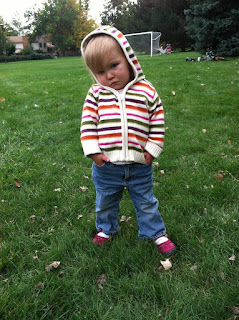 It got me thinking of something I've learned about parenting, which sounds obvious: it ain't easy.  One of the unseen advantages to having twins as our first kids was that we expected it to be hard. Just because humans have been having babies for thousands of years doesn't mean it is easy to be a parent.

It's often most difficult right at the moment I'm least equipped to deal with it. But I believe those are the moments that count the most. If I took the easy way out (in this case, give the younger one the desired bed), what would she learn? Mom's sick + I throw a fit = I get my way. In the future, when I'm not sick, she'll probably be a good experimentalist and test if throwing a fit alone equals getting her way. So giving in this time will mean more fits to deal with. It might seem logical to say "I'll just deal with it then, when I have more energy" but I believe that giving in once will result in ten more tests: she'll throw ten more fits before she's convinced that it won't give her what she wants.

So, even though it was the last thing I felt like dealing with, standing up to her today is an investment in the future. Her future, obviously, because one of the most important skill a person has is dealing with disappointment. But also in my future: it ain't easy now, but if I stay strong, it will get better.

The other key is taking care of myself so that I have the strength to do what needs to be done. For me, this means daily exercise and predictable times to work on my hobbies. It is admittedly easier with financial resource but there are ways to do it with less: child care swaps with friends/neighbors (the kids call them playdates), gyms like the YMCA that offer two hours of free child care every day to members, and simply trading off with the other parent. Insisting on time for myself is one of the best ways to guarantee my kids will get the best parent I can be at the moments it matters the most.